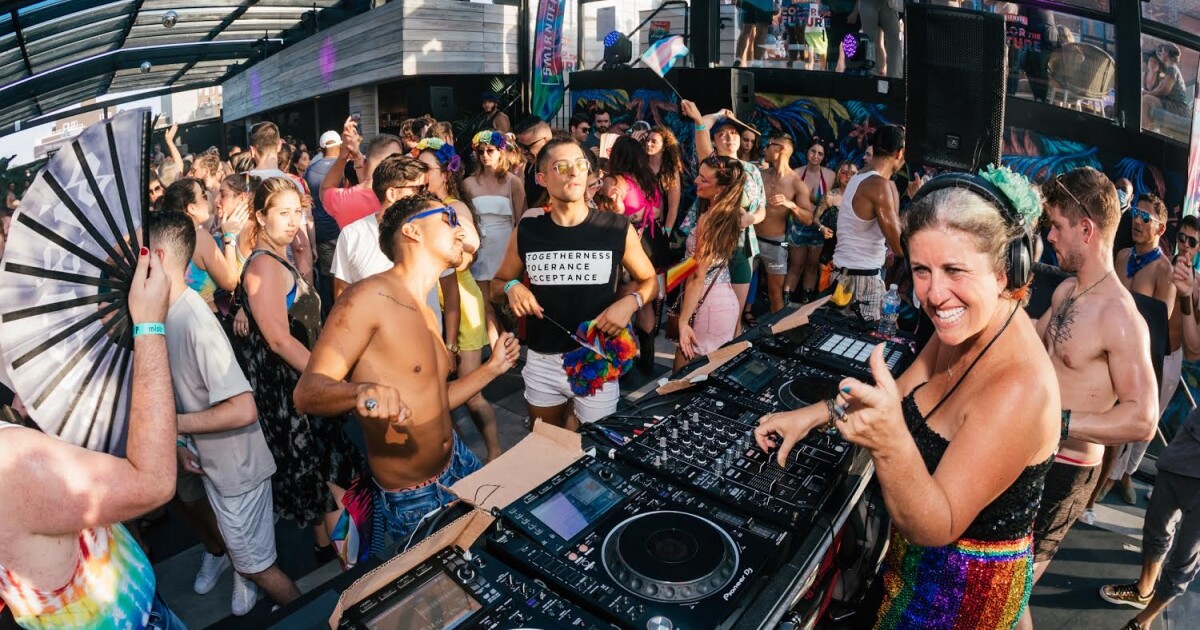 Alexis Tucci is approaching three decades in the St. Louis club scene as a house DJ and event producer. She found her love for the genre at warehouse parties across town, dancing the night away as a teenager, fueled by the energy of other revelers.

“I’ve never experienced anything like this before,” Tucci said Saint Louis live. “The lights, the energy, the collective group of humans who were so diverse but still seem to have a common bond on the dance floor. I fell in love with it.”

On Tuesday, Tucci shared how she experimented with different genres during those early years, before finding her sound as an artist. She explored downtempo dub, reggae, acid jazz, trip-hop but eventually found her groove in house.

“I realized it was a lot easier to mix house music because of the 4/4 rhythm and [I] started learning how to move a dance floor. And once it started, I couldn’t stop. It kept coming and going.

House music brings many different people together, Tucci says, but over the years his parties have become a safe haven for those who identify as queer men. Despite being a straight woman, she always felt comfortable around everyone.

Former DJ James Lesch, formerly known as Jimmy NoShow, said Tucci “exudes gay energy”. Lesch noted, “As a gay man, seeing someone who’s not a straight white man being a DJ. It just drew me to her… Like, OK, who is this stranger in this group? She stands out, right? And then she starts playing and you’re like, ‘Holy cow. She is incredible !'”

Tucci’s life has changed in many ways since he started his DJ career. She became a mother to two sons, and while motherhood can bring a change of pace in a woman’s life, Tucci credits her family’s support for helping her maintain her music while caring for her family. .

At the same time, Tucci developed his distinct style and began to focus more on music and less on the DJing business. “I was inspired by live instrumentation and live bands at the same time as I fell in love with house music,” says Tucci. “As I started collecting dance music, I wanted things that reflected a depth in the sound. I wanted to hear live instruments. I wanted to hear voices, I wanted messages of uplifting energy. And I think that’s what separated me from others.

Another thing that separates Tucci from the rest is his dedication to bringing love to his sets and his self-produced event, Nightchaser. “It was built out of love…it was my foundation. [House music] was a community that came together for these experiences. Then you add the love and support of my family and my father. I continue to grow year after year around some of the most beautiful people. This energy in itself is the essence of what I play.

“Saint Louis live” tells you the stories of Saint-Louis and the people who live, work and create in our region. The show is produced by Miya Norfleet, Emily Woodbury, Danny Wicentowski and Alex Heuer. Avery Rogers is our production assistant. The sound engineer is Aaron Dorr.