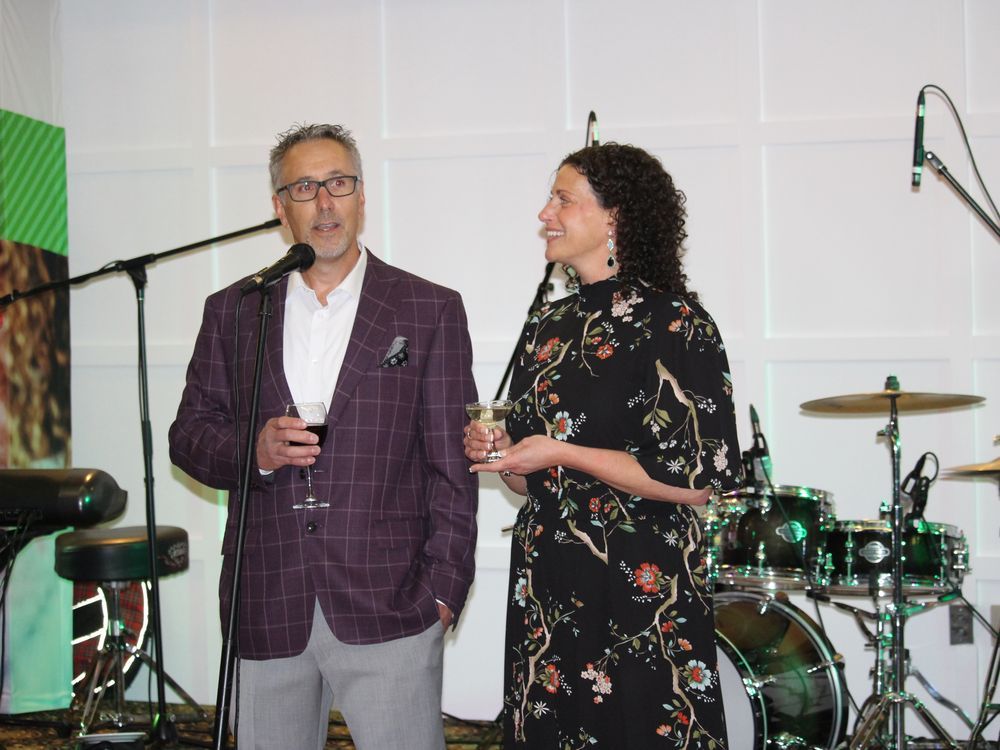 A gala on May 11 in Cornwall celebrated a 50and anniversary of Walker ClimateCare.

And there were plenty of luminaries on hand, including Walker ClimateCare owners George and Julie Boszormeny.

“I want to thank our amazing team, our supporting customers, and our amazing partners,” George Boszormeny said during the meeting in the Cabaret Room at the Best Western Parkway Inn.

Cornwall Mayor Glen Grant spoke at the event and he also delivered remarks from Eric Duncan; the mayor joked that the deputy was ‘unable to be here, his air conditioner broke down’.

Rand said he was from the Cornwall area and said, “I couldn’t be more humbled to be here with Walker, leading our team and helping our community.”

Taylor, who moved to the area from the Owen Sound area two years ago, said Cornwall “is the best community I’ve seen in the whole (province). There is a special feeling in this community, (and) taking care of some (needs here) is a blessing every day.

Hyman, in his remarks, listed many community beneficiaries of the company’s WeCare initiative, which has received thousands of dollars each year.

“(The Boszormenys) bought (the business) seven years ago, they now employ 25 people and they make it a point to really care about the community they’re in,” Hyman said.

Last winter, the heating and air conditioning specialists donated $1,558 to the Children’s Treatment Centre; the WeCare name comes from the company’s maintenance program where customers pay monthly for maintenance that is performed annually on their designated HVAC equipment. Each month, a staff member usually chooses which charity will receive the next donation.

Dan Allaire was the gala’s master of ceremonies and the Yvon Leroux group performed.