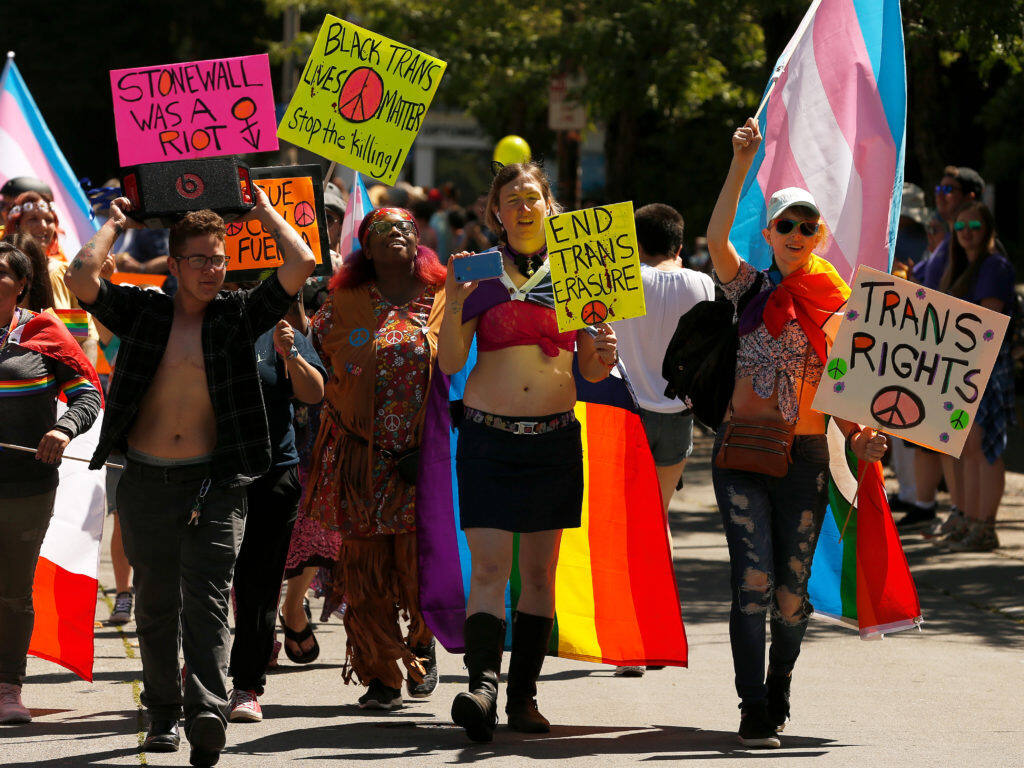 The most colorful time of the year is almost here – Pride Month, June 1-30.

This Pride Month, after two years of subdued celebrations due to the COVID-19 pandemic, Sonoma County residents are preparing to don their rainbow costumes and spread the love at events and of festivals in person.

Triggered by the 1969 Stonewall Uprising in Manhattan and the first Pride March in New York City in June the following year, LGBTQ+ pride celebrations have long taken place in June across the United States to recognize the impact of lesbian, gay, bisexual, transgender and queer people. people and the intolerance they often face.

Sonoma County has its own unique LGBTQ+ history. Although there has long been a significant LGBTQ+ community in the county, it took years — and several failed attempts — for activists to get supervisors to recognize Pride Week in May 1992.

Today, pride flags fly high and LGBTQ+ life is celebrated year-round in Sonoma County, not just June. But there are also special events planned to honor the month this year. Here’s what the county has in store for this year’s Pride Month.

After a two-year hiatus due to the pandemic, Sonoma County Pride will hold its 35th annual Sonoma County Pride Parade and Festival in downtown Santa Rosa on June 4, along with other special Pride events which will take place throughout the week. The theme for this year’s celebration is “We Are One Family”, to salute the bonds in the community.

The organization will kick off Pride Month with a Pride Flag raised atop the Rosenberg Building at 11 a.m. Wednesday, June 1, at the corner of Mendocino Avenue and Fourth Street in Santa Rosa.

Sonoma County Pride and its sponsors will host Pride Movie Night with a free screening of the romantic comedy-drama “Love, Simon” beginning at 6 p.m. Thursday, June 2 at the Santa Rosa Courthouse Plaza.

From 4-8 p.m. on Friday, June 3, there will be a Pride Happy Hour in the Old Courthouse Square, featuring DJ Rotten Robbie and performances by singer-songwriter-guitarist Melissa Levi and modern jazz singer Spencer Day .

The Pride Parade will run along Fourth Street in Santa Rosa from 11 a.m. to noon on Saturday, June 4, with the festival beginning at noon and continuing until 5 p.m. in Old Courthouse Square. KZST’s Brent Farris and Debbie Abrams will host the parade and “Jeopardy!” champion Amy Schneider will be the grand marshal. Honorees include Sonoma County LGBTQ+ historian Tina Dungan, owner of LGBTQ+ touring and event company Out In The Vineyard Gary Saperstein, Healdsburg Mayor Osvaldo “Ozzy” Jimenez, and Santa Rosa Mayor Chris Rogers. The floats and performances will be judged by a jury and the prizes will be awarded on the festival stage at 2 p.m.

Local LGBTQ+ social networking group Santa Rosa GayDar will host a Reunion Queer Dance Party from 9 p.m. to 1 a.m. on Saturday, June 4 at La Rosa Tequileria & Grille on Fourth Street. A drag show will begin at 10:30 p.m. with hosts and drag queens Lolita Hernandez, Maria Twampson and Shania Twampson, along with DJ Ron Reeser. The party and show are for adults 21 and older only. Tickets are $10 and can be purchased on Eventbrite at bit.ly/3PJgydO.

A Wigs & Waffles Drag brunch will be held beginning at 9:30 a.m. on Sunday, June 5 at the 630 Park steakhouse at the Graton Resort & Casino in Rohnert Park. A drag show will start at 11:30 a.m. with DJ host Juanita MORE! and performances by Rahni NothingMore, Mary Vice and Princess Panocha. Tickets are $85 and can be purchased on Eventbrite at bit.ly/3PEVWmW.

RuPaul’s Drag Race star Rock M. Sakura will be hosting a Pink Pool Party from 1-6 p.m. on Sunday, June 5 at the Graton Resort & Casino. Entertainment will be provided by DJs Lady Char, Hector Fonseca and Jimmy Hits, with special guest Natascha Bessez. General admission is $30, with other ticket options for daybeds and poolside cabanas with champagne, fruit plates, and amenity packages. Tickets are available on Eventbrite at bit.ly/3GiDcVX.

Healdsburg’s Cāpo Creek Winery will host a Pride celebration at their estate with wine, food and special drag performances from 1-4 p.m. on Saturday, June 4. Tickets are $50 and can be purchased at capocreekranch.com/product/Event–Pride.

The North Bay Business Journal will host an awards show honoring LGBTQ+ business leaders in North Bay from 4-6 p.m. on Wednesday, June 15 at the Luther Burbank Center for the Arts in Santa Rosa. Tickets are $75 per person and can be purchased on Eventbrite at bit.ly/38jlghw.