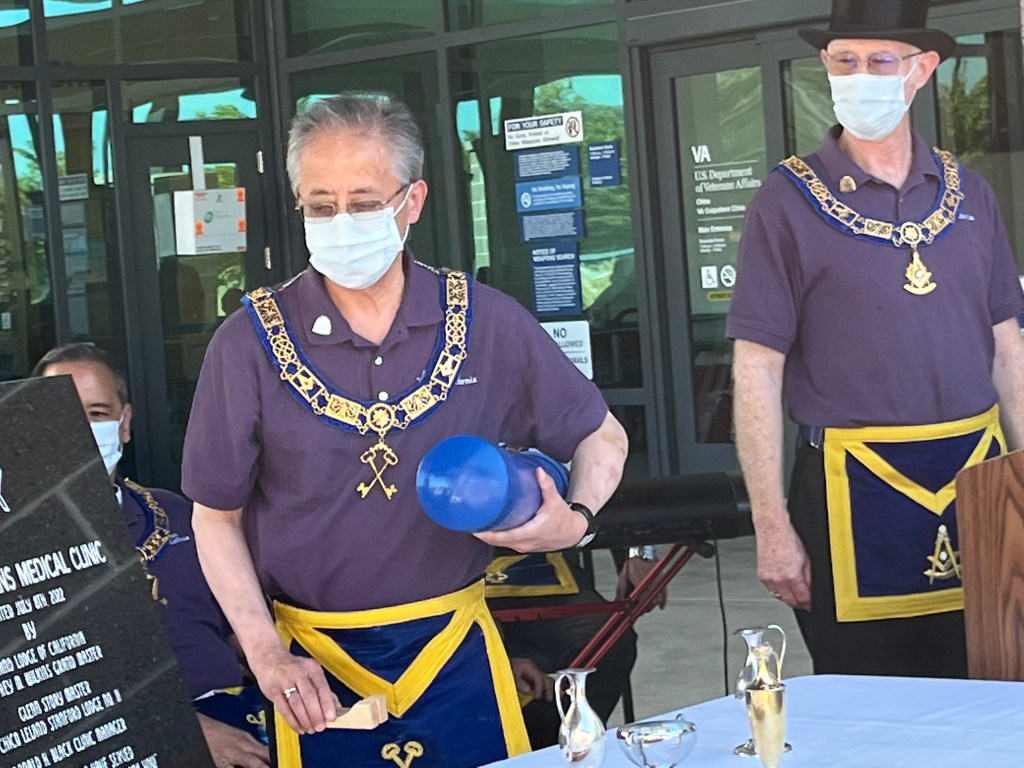 CHICO — The Masons of Chico-Leland Stanford Lodge Number 111 and Reading-Trinity Lodge Number 207 dedicated the veterans clinic during a cornerstone ceremony in Chico on Friday.

“It’s a pretty clean event that makes history,” Congressman Doug LaMalfa (R-Richvale) said before the ceremony. “We show our support for veterans. We want to make sure veterans are aligned and their medical needs are met. They deserve it.”

Butte County Sheriff Kory Honea was also thrilled to be present at the ceremony.

“It’s a big event,” Honea said before the ceremony. “It unites Freemasons in support of the VA. We should always support these two groups who contribute so much. »

During the Masonic Cornerstone Ceremony, the Grand Master and other Masonic officials dress in formal Masonic garb as they dedicate the building in a ceremony that includes a symbolic blessing with corn, wine and oil, which are Masonic symbols of prosperity, health. and peace, according to a press release. A time capsule was also fashioned.

Grand Master Jeffrey M. Wilkins of the Grand Lodge of California spoke at the event and served as host.

“We’re using the cornerstone of the strong foundation made by George Washington,” Wilkins said. “It’s an ancient ceremony adapted.”

“It’s an old ceremony that we Masons have done in time and in memory,” Cross said. “We show the community that we care and how we love the people who work with the buildings.”

LaMalfa also delivered a speech at the ceremony.

“We thank the veterans service and serve them through the VA,” La Malfa said. “We are thrilled that the ceremony showcases service and is a cornerstone of the freedom that has been achieved on our battlefields. We want to ensure their needs are met and honor their service.