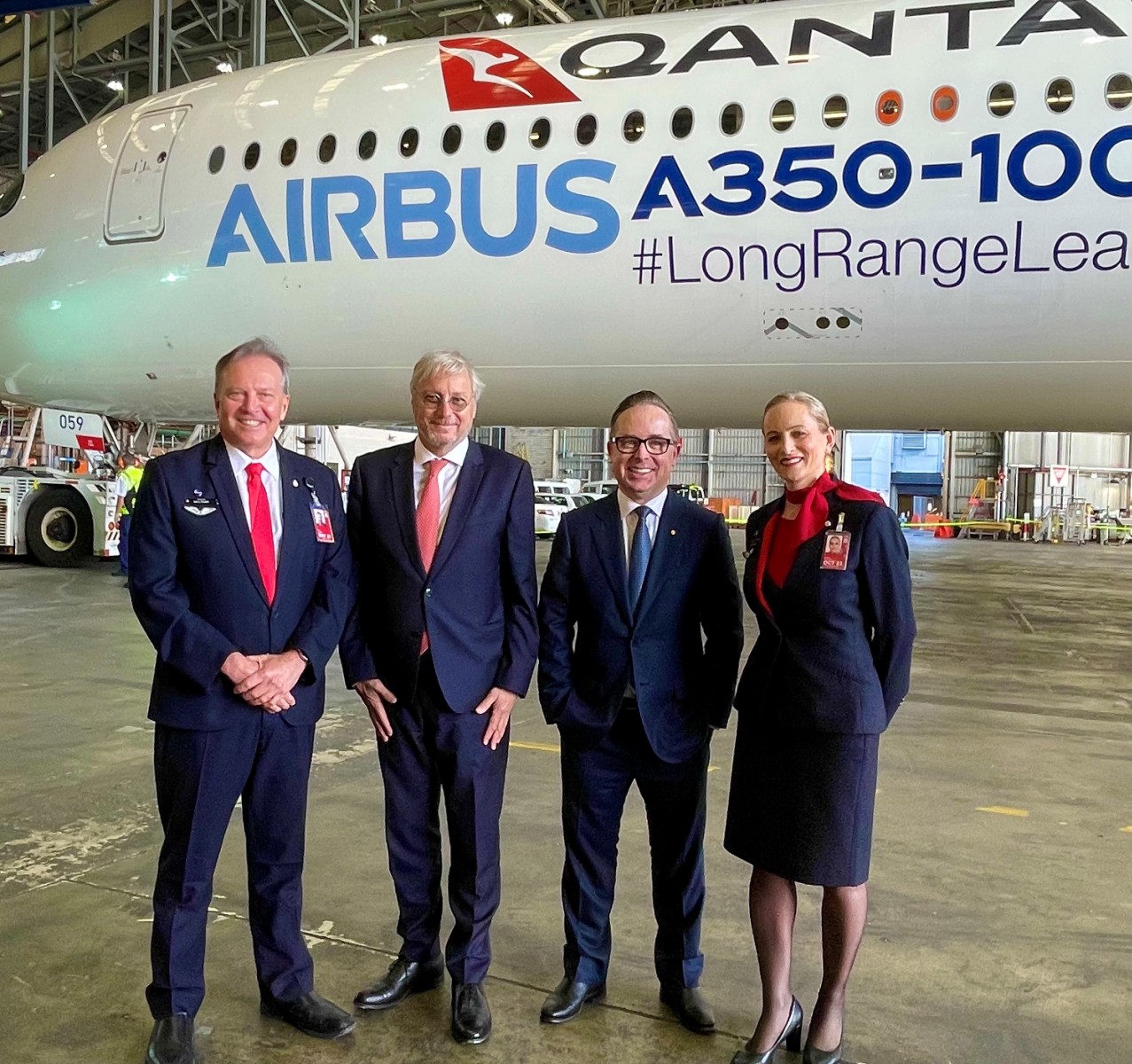 Qantas was just 11 weeks away from filing for bankruptcy after COVID-19 hit in early 2020.

The shocking revelation came from Qantas boss Alan Joyce as he announced the airline’s largest order in its 102-year history for up to 146 planes worth $34 billion, as revealed by AirlineRatings.com yesterday.

“We were 11 weeks away from bankruptcy,” Joyce told guests and media at the order signing ceremony with Airbus in Sydney on Monday.

Joyce said the airline had had to change and reinvent itself and had emerged stronger and more resilient after the chaos of the past two years.

Qantas has sold property and planes in order to survive.

Joyce said revenue growth in the past three-month period had led to a rapid reduction in the group’s net debt, from A$5.5bn at December 31 to A$4.5bn at the end of April, and below pre-COVID levels.

Joyce said the debt peaked at more than 6.4 billion Australian dollars at the height of the border closures.

“We have come through the other side of the pandemic as a structurally different company,” Joyce said.

“Our domestic market share is higher and the demand for direct international flights is even stronger than before COVID.

“The board’s decision to approve Australian aviation’s largest aircraft order is a clear vote of confidence in the future of the Qantas group.

“Our strategy for these aircraft will allow us to generate significant benefits for those who make it possible: our people, our customers and our shareholders.”

Qantas said that while the group still expects to post a significant underlying loss for the full year, including the worst of the impacts from Delta and Omicron, as well as one-time restart costs, business is on track for the second half. underlying earnings of between A$450 million and A$550 million based on current expectations.

“We have come through the other side of the pandemic as a structurally different company,” Qantas chief executive Alan Joyce said. “Our domestic market share is higher and the demand for direct international flights is even stronger than before COVID.

An Airbus A350-1000 prototype flew to Sydney from Perth on Monday to lead the huge order.

Domestically, Qantas will begin the refurbishment of its narrow-body aircraft with firm orders for 20 Airbus A321XLRs and 20 A220-300s as its Boeing 737s and 717s are phased out. The first of these planes will begin arriving in late 2023, and the order includes right-to-purchase options for a further 94 planes for delivery through at least 2034.

Internationally, 12 Airbus A350-1000s have been ordered to operate non-stop flights from Australia to other cities, including New York and London.

Qantas said these planes would feature market-leading passenger comfort in every class of travel, with services scheduled to start in late 2025 from Sydney.

All of these next-generation aircraft, through their lower emissions, longer range, less noise and better economy, will improve the way people travel around Australia and abroad.

“New types of aircraft make new things possible,” Joyce said. “That is what makes today’s announcement so significant for the national airline and for a country like Australia where air travel is crucial.

“Throughout our history, the aircraft we have flown have defined the era we find ourselves in. The 707 ushered in the jet era, the 747 democratized travel, and the A380 brought a whole new level of comfort.

“The A350 and Project Sunrise will make any city just a flight away from Australia. It is the last frontier and the final fix for the tyranny of distance. As expected, the cabin has been specially designed to offer maximum comfort in all classes for long-haul flights.

“The A320s and A220s will become the backbone of our national fleet for the next 20 years, helping to keep this country moving. Its range and economy will make new direct routes possible, including better service to regional cities.

“These newer aircraft and engines will reduce emissions by at least 15 percent if powered by fossil fuels, and much better when powered by sustainable aviation fuel. This order brings us closer to our commitment to achieve net zero emissions by 2050. Project Sunrise will be carbon neutral from day one.”