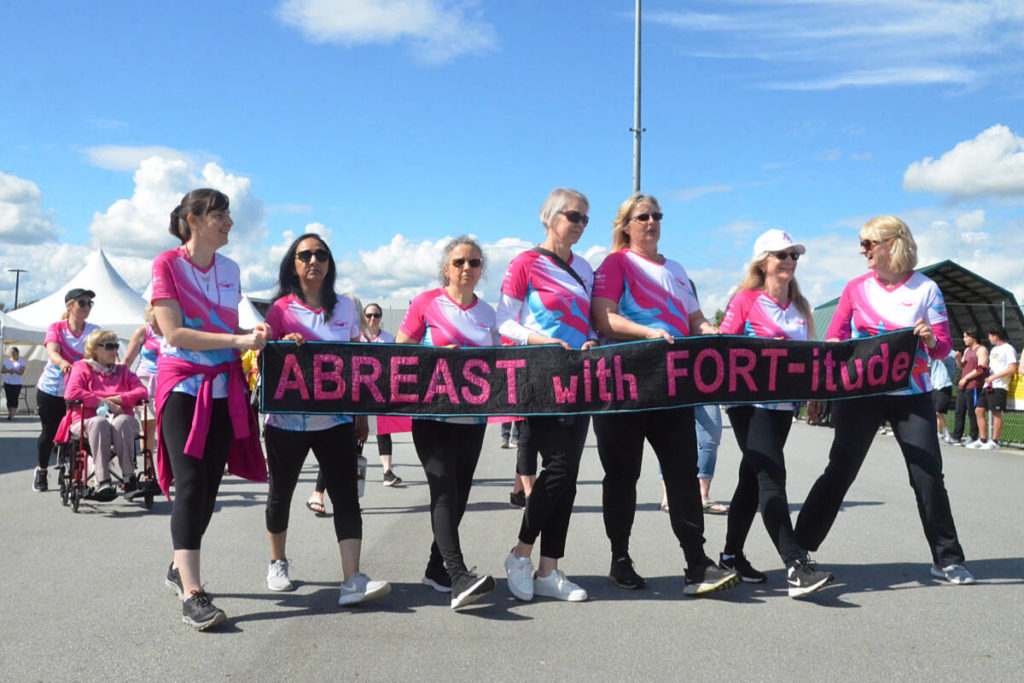 About 100 participants took to a trail at Willoughby Community Park for the first in-person Fraser Valley Relay For Life since 2019.

Participants in the Canadian Cancer Society fundraiser raised more than $80,000 in pledges and donations ahead of the event, which saw teams do laps around a soccer field at the community park from Willoughby on Saturday, June 11 from 4 p.m. to 10 p.m.

Master of Ceremonies Naiomi Kragh noted that nearly half of all Canadians will be diagnosed with cancer in their lifetime.

But she also pointed out that survival rates for most types of cancer have been improving for years as treatments improve and new treatments are developed.

â€œRelay For Life is a vital way to change the future,â€ she said.

Diana Beglaw shared the story of her cancer journey with the crowd.

She was diagnosed with pancreatic cancer at the age of 43. Her doctors told her surgery was the only option.

“They also told me attitude was everything, and I was told I had attitude, so I thought I couldn’t lose!” she says.

After seven-hour surgical follow-up biopsies, Beglaw learned that the surgery had removed all of the cancer.

â€œThis is my 18th year participating in the Canadian Cancer Society’s Relay For Life,â€ she said. “I still cry when I step on the survivor’s lap and turn on the light fixtures.”

In April, Beglaw said she had been cancer-free for 20 years, prompting a round of applause from attendees.

The return relay was smaller than many before the pandemic, but still drew a crowd of around 100 participants in 20 teams.

Among the top fundraising teams, the Gallery team was expected to raise $30,037, according to member Kari Medos.

“I know we’re making a difference,” she said of why she dedicates her time to fundraising. She said the funds provided relief for people with cancer. “We help them, or the people behind them.”

The event included dancers and bands, a food truck, a photo booth, and a dad joke contest.