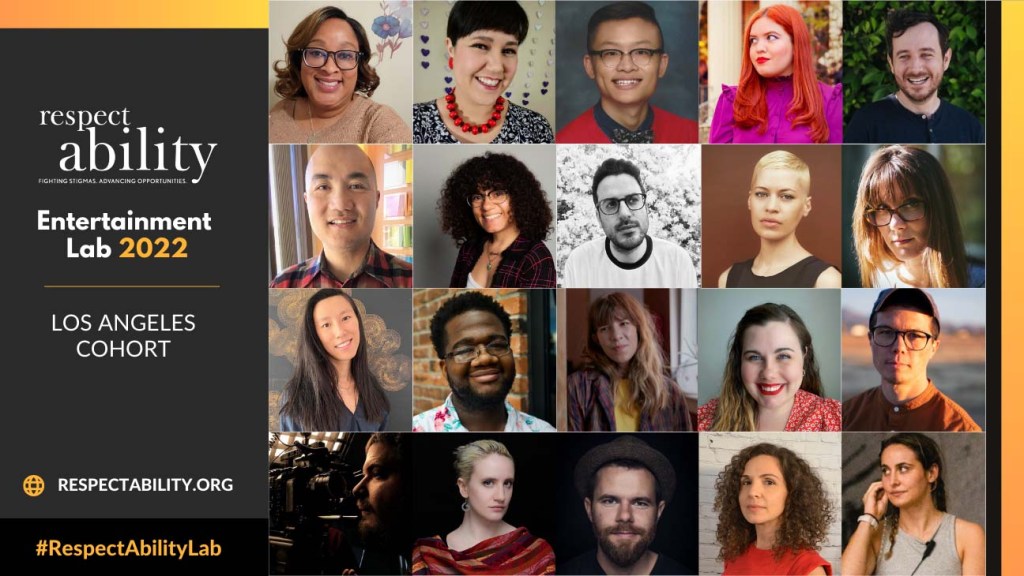 RespectAbility â€“ the non-profit organization that seeks to address the stigma of people with disabilities â€“ has announced the attendees of its fourth annual lab for entertainment professionals with disabilities.

The lab, now in its fourth year, aims to develop young people with disabilities, connecting them with executives and creatives working in film, television and streaming. Lab alumni currently work at Disney, Netflix, Nickelodeon, Paramount Pictures, Showtime and more.

After two years of virtual labs, the six-week program returns with both in-person and virtual editions, the latter for those who find the in-person option inaccessible. Participants include people with physical, cognitive, sensory, mental and other disabilities.

“The Entertainment Lab is a unique program that merges our work in the entertainment industry with RespectAbility’s founding mission to create more opportunities for people with disabilities who want to be employed,” said Lauren Appelbaum, Founder and Director of the RespectAbility lab. â€œOne of the goals of this program is to continue to develop the talent pool of young professionals with disabilities who are looking to work behind the scenes. We don’t want anyone to have an excuse for not being able to find a screenwriter, animator, director or any other disabled position.

“All of these studios that have lab fellows on their grounds provide a level of comfort and familiarity when our alumni return for job interviews,” said Delbert Whetter, who co-founded the lab with Appelbaum. “Furthermore, the importance of interaction and information sharing between influential Hollywood executives and decision makers and these incredibly talented professionals with disabilities in an accessible setting cannot be overstated.”

“I started 10 years ago as an assistant, but RespectAbility gave me the opportunity to interview for my first job as an editor because they had a direct relationship, and I ended up by getting the job,” said lab alumnus Ashley Eakin. Alumnus Shea Mirzai added, â€œDuring the RespectAbility Lab, I found a community of like-minded people and allies all working toward the same goal â€“ disability inclusion and representation.â€