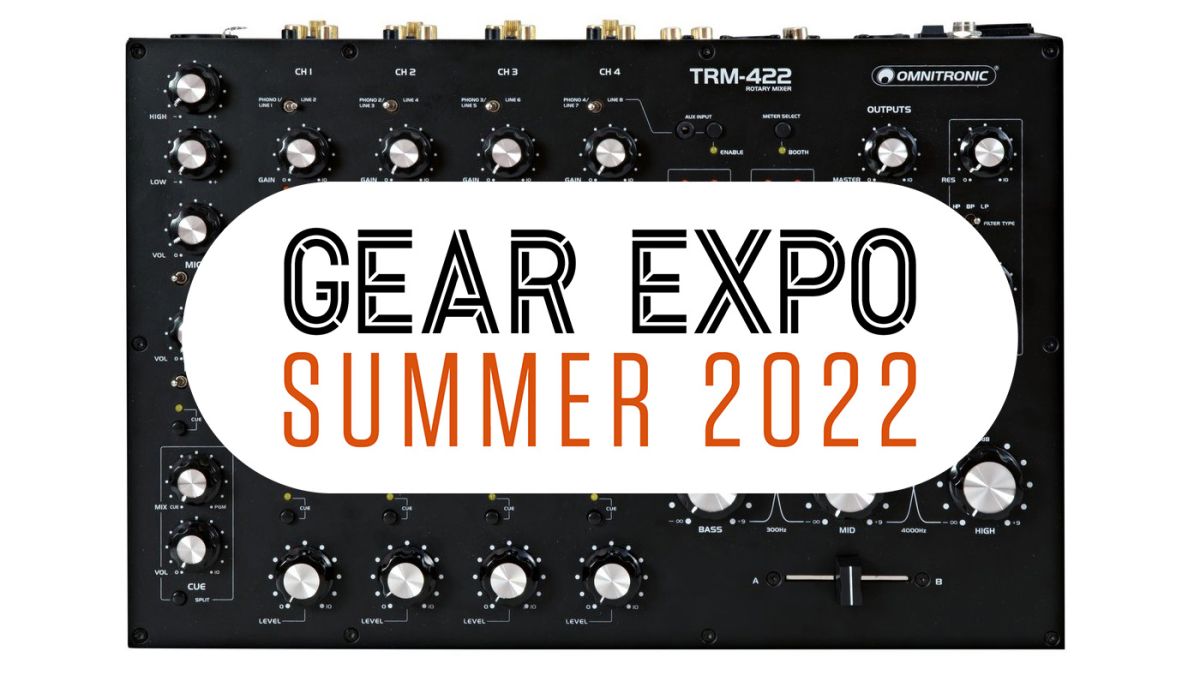 GEAR EXPO SUMMER 2022: The first half of 2022 has been relatively slow on the DJ equipment front. Most of the big brands in the industry have been pretty quiet so far this year, and we’ve only seen a handful of major releases of controllers, mixers, or even accessories.

Why is it? It’s hard to say – maybe it’s a hangover from the past two years, when the international sphere of clubs and events largely came to a standstill. It could also be linked to supply chain issues that have slowed down many other sectors of music creation and technology. Again, this could just be a coincidence.

There is one notable exception to this trend: Pioneer DJ. Eagle-eyed readers will note that the club giant – now rebranded under the AlphaTheta umbrella brand – takes up four out of six slots in our roundup below.

Will these trends continue in the second half? Only time will tell. For now, let’s review the highlights of DJ equipment you need to know…

This is a controller designed for use with the freeware Serato DJ Lite. Its layout is based on Pioneer’s high-end DJM-S mixer and the brand’s PLX turntables. Unlike most Pioneer controllers, the Rev 1 (£259) is positioned in a ‘battle’ layout, meaning the tempo sliders are positioned above, rather than beside the jog wheels, which is a configuration generally preferred for scratching.

The Rev 1 also features significantly larger jog wheels than most other entry-level controllers, which is another factor that should help those trying to develop their scratching skills. Other key features include a range of performance pads – these can be used for sampling and cue point tricks – and a mic input to suit budding streamers.

The second entry in Pioneer’s DDJ Rev range, the DDJ Rev-7 (£1,829) is a high-end controller which, like its smaller sibling, the Rev-1, comes in a battle configuration suitable for DJs and turntables alike. vinyls.

The Rev-7 is designed for use with Serato Scratch Pro. The general layout of the Rev-7 is quite similar to its budget sibling, but everything has been improved with many additional features. The main improvement is the jog wheels, which are motorized with a turntable feel and display on the jog. Other highlights include dedicated sample trigger buttons above each platter, a range of 22 built-in effects, and a Magvel Fader Pro crossfader.

A combination of phono/line, mic and auxiliary inputs means you can also connect a variety of additional gear to the Rev-7, making it a handy potential hub for scratch performances or streaming setups.

Technics SL-1200s are undisputed icons; the definitive choice of turntable for DJs of all persuasions from the 1970s to the present day. Yes, there are other great DJ turntables out there, but even the best rivals owe a debt to the style and shape of these original DJ turntables.

Despite the legacy, the 1200 has had its ups and downs over the past two decades, going out of production for a while only to be reintroduced in 2016 in new, updated form.

These latest limited edition models (£899) are designed as a celebration to mark 50 years in the game. Based on the standard SL-1200MK7which was unveiled in 2019, the limited edition M7L comes in seven color options (black, red, blue, white, green, yellow and beige) that are designed to “pay homage to the street culture that inspired the rise of DJs”.

German brand Omnitronic has won accolades in recent years for its TRM-202 and 402 rotary mixers. Rotary mixers have traditionally been considered high-end audiophile gear and tend to come at premium prices. Omnitronic’s offerings stood out by bringing the rotary workflow to a more affordable price point while delivering an impressive level of quality.

The TRM-422 (£805) is a new mixer that lands at the top end of the TRM line. It takes the basic 4-channel design of the 402, but fleshes it out with additional features. These include expanded I/O – with added flexibility for outboard effects – as well as a crossfader, making the 422 look like a cross between a classic rotary mixer and a more traditional fader-equipped device. .

Given their looks, it doesn’t take an expert to figure out that the HDJ-CXs (£120) are Pioneer’s answer to Sennheiser’s industry-leading HD-25s. Much like this widely used set of DJ cans, the HDJ-CXs are designed to be lightweight yet sturdy, making them ideal for DJs who regularly move them in and out of the ear.

They also feature easily replaceable cables and accessories, which should extend their lifespan, especially for DJs who play gigs regularly. That said, they aren’t as “rebuildable” as the HD25s.

Where Pioneer thinks its cans have the edge over the competition is in the sound, as well as the level of comfort over long periods of use. It remains to be seen whether this will be enough to overthrow the champions of this sector!

Not content with the controllers and headphones already released this year, Pioneer DJ has also added new models to its DM monitor lineup.

The DM range was recently refreshed last year with the addition of the DM-50Ds, which aimed to fill the gap between DJ, studio and home use monitors. They achieve this via a mix of inputs – with RCA, mini-jack and TRS available – plus a DSP-powered sound adjustment that allows users to switch between “DJ” and “production” modes at the flick of a switch. .

The 50Ds have now been joined by a more compact model, the DM-40D, which offers the same basic feature set but with a smaller 4-inch woofer. The 40D and 50D models are also joined by a new BT variant, which adds Bluetooth connectivity.

The major prize is the good prize that was given accidentally