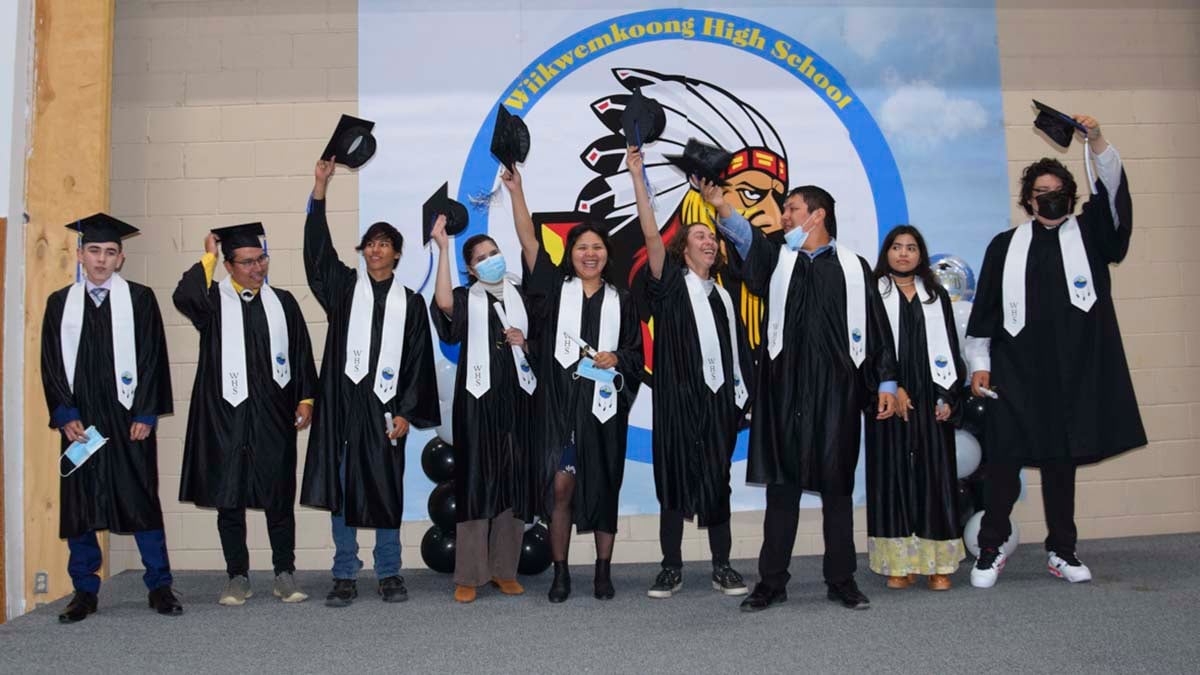 Guidance counselor Jillian Peltier was the master of ceremonies for the graduation.

WHS Director Harold Fox welcomed the graduates, noting that despite the challenges of the past two years, “we came out safe and sound.”

“Nishin (good),” he said. “Today is a big day! It’s a day you’ve been waiting for since kindergarten. The goal of WHS staff, teachers, parents and guardians, has been to educate students,” said Mr. Fox.”For some of you, high school is just another stage of your education as you work your way into higher education or careers,” he told WHS proud. for providing a top-notch education as the foundation for everything students plan for the future, an education that was delivered in the context of Anishinaabe culture and traditions. “Take all of these experiences with you,” said said Mr. Fox “Stay close to your friends and come see us. Believe in yourself, you can do it, be proud of yourself.”

WHS Director of Education Mick Staruck was called in at the start of the ceremony, but was able to join the graduates and their families at the post-graduation party. Wiikwemkoong’s education portfolio holder, Tim Ominika, replaced Mr. Staruck and also praised the chief and council.

“Whatever you decide to do in life, know that your community is 100% behind you,” Ominika said. He then acknowledged the work of the staff, calling for a round of applause for their efforts. He noted that the day was also very special for his own family as his son was one of the graduates.

Eugenia Eshkawkogan delivered the graduate commencement address, beginning her speech with a quote from her uncle, Chris Pheasant baa. “Go on, aim for the stars.” Ms. Eshkawkogan told the story of her own educational journey, which began with pursuing a nursing degree at Laurentian University, but eventually turned into a career in Indigenous social work. “It was a tough decision,” she said, “but I wouldn’t change it for the world. I never thought I’d apply for a master’s program, but here I am. You’ve already started the next chapter of your life,” she said. “Don’t give up. You may have challenges, but you don’t give up.

Valedictorian Vince Naokwegijig addressed his fellow graduates, beginning with a traditional introduction in Anishinaabemowin. “I would like to say chi-miigwetch to all the staff and teachers who have supported us over the years,” he said. He also thanked the families who supported their children throughout their school years. (Mr. Noakwegijig’s speech is available on The Expositor’s Facebook page.)

Other awards and scholarships will be presented at the WHS Awards Banquet in December.

4th of July Fireworks, Shows and Meals in Hudson County